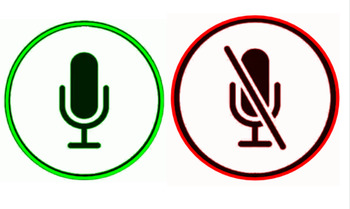 There is a 2 out of 3 chance that you will go along with a group that says “yes” when you think “no”, even when the answer is clearly “no”. This famous experiment by psychologist Solomon Ash (Conformity Paradigm, 1951) shows that we are ready to go against the evidence in order to conform with the group.

What did the participants say to justify their attitude?

Ash explains that our attitude is not one of complacency but is the expression of our strong will to maintain the cohesion of the group we are a part of.

We can find this situation in our boardrooms. Non-executive directors are probably the most inclined to think that they are less well informed or to consider that following the point of view of the majority is the most reasonable course of action. In addition, certain factors accentuate the tendency towards conformity, such as the ritualization of meetings and time pressure.

The 1/3 of individuals who manage not to say “I must be wrong”, “I feel that I am on my own here”, or “the group will reject me” are likely to broaden the scope of the discussion.

The good news is that as soon as one divergent opinion is expressed, the tendency to conform falls from 2/3 to 10%. There is a fairly rapid adherence among those who are looking to expand horizons. This is also what Juror #8 in Sydney Lumet’s Twelve Angry Men shows us.

When leaving a board room, haven’t we heard the surprising thanks: “Your basic question, which I didn’t dare to ask, really opened the debate”.

How should one express a divergent opinion? Mainly in 2 ways.

We qualify the first one as benevolent impertinence. It consists mainly in asking candid questions or proposing new ways of thinking. It consists in reframing, playing the role of the devil’s advocate, combatting biases. To ask questions is not asserting truths, it is questioning the subject. It leads the group to progressively build a consensual answer or decision. The attitude of impertinence is particularly useful when there is a large margin of discretion on the side of decision making.

We qualify the second approach as clear opposition. It consists in expressing dissent and substantiating the grounds of it. The expression of disagreement manifests a fracture, polarizes the group, and generally leads to a vote. A recent study (Dissenting Directors, ECGI, 2016) illustrates that the most common issues on which dissent emerges are dysfunction in internal corporate governance, manipulations in information disclosure and opacity in related party transactions. Specifically, independent directors may even decide to resign in connection to internal corporate governance issues. The approach of clear opposition is particularly justified when compliance or ethics are at stake.

The courage to speak up finds its energy in self-confidence, nourished by a sense of competence and the right amount of information. The board meeting is above all a place of decision-making. Therefore, speaking up is not a right, it is a duty.

Let’s work on the wide-ranging competencies required for effective board leadership, don’t stay on “mute”, and speak up.

We use cookies to improve your experience and provide you with personalized content. By using the Governeo website, you accept the conditions of use of your data.