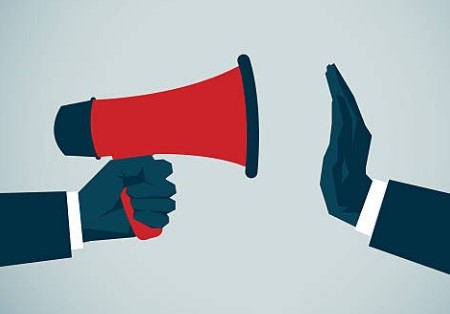 Hubris threatens men and women of power … and fascination threatens those around them.

Hubris is the excessiveness, the loss of the sense of reality and the vertigo generated by the exercise of power. On the other hand, fascination is the admiration for a hero, captivation by, and eventual subjection to them.

Hubris – or vanity – is a pathogenic agent that generally appears in those who exercise power. The problem is that it cannot be diagnosed a priori. It is a symptom of intoxication that appears progressively, probably accentuated by the effect of dopamine. This intoxication can affect leaders from all sectors, be it politics, business, entertainment or sport.

Vanity is not defined by an individual’s behavior alone. It is part of, and prospers only in, a system that tolerates it and sometimes feeds it. In other words, it is born and thrives only through the favorable attitude and consent of those close to it.

This phenomenon can also affect the business world. Granting power to a human being – a chairperson or a CEO – puts him or her at risk.

The line between genius and extravagance is often minute. Moreover, we ought to be frank and recognize that we demand sometimes-heroic commitment, unbelievable energy and obstinacy from our chairs and CEOs. A CEO who shows leadership in critical times, sets a direction and surrounds him/herself with talented managers may appear authoritarian. Determining the line between genius, high-level commitment and extravagance is therefore a complex exercise.

Board members, as soon as they identify excesses, nepotism and the loss of a sense of reality, are duty-bound to denounce these practices either within the board or to the shareholders.

What should we do to avoid the hubris phenomenon from becoming a problem for the organization? There are two types of actions: structural and behavioral. Structural actions are preventive. They include: the establishment of counter-powers, of short terms of office and of an obligation of withdrawal periods, and – perhaps – resuming contact with the field. Behavioral responses are curative. They include: objection, call to order, denunciation, call for dismissal and – as a last resort – resignation.

Once again, it is the duty of those who are close to the toxic leader to act for the benefit of the organization. The non-executive director is reminded of a particular role here: to contribute anticipatively to the establishment of avoidance structures, or to denounce deviances as soon as they appear. Let’s be clear: leaders deserve respect but not fascination.

While the ancient Greeks coined the term “hubris”, they had also instituted a procedure called “ostracism”. Ostracism allowed, by a simple vote of the people, the temporary removal of a politician who had become problematic because of his/her power, ambition and egotism. He/she was forced to leave his/her post and find him/herself as a simple citizen without power or influence among other citizens. This mechanism – which could be termed “a wakeup call” – made it possible, in a fairly simple way, to protect society and the individual from the consequences of his/her own excesses.

We use cookies to improve your experience and provide you with personalized content. By using the Governeo website, you accept the conditions of use of your data.